Many spiritual teachers have likened this world to a play, some have likened it to a film. What has been seen is that it is much closer to an image seen in the film Matrix, where a soul chooses a specific life to live in something akin to a holographic environment (e.g. the Holodeck on Star Trek, 2nd Generation), and then plugs into that life for the duration of the life. Each life lived, adds to the soul’s talents, it’s knowledge, and in the higher frequency roles, helps it clear negative frequencies from its semi-material essence, raising its overall frequency.

At this point we are talking about an entity (soul) and a specific role (body/mind) in this play called Earth. The soul has a Level of Intention and Level of Consciousness, as well as a Level of Clearing which can be calibrated. The role has a Level of Purpose, which is based on its determination to pursue a path as close to that which it feels has come from the soul. The goal of the soul is to learn to live that life, as a partner with the body/mind, at the highest frequency possible, so that the soul may learn new talents and learn to live at an even higher frequency.
That means that in theory, every life on Earth has the potential to be experienced. However, not every role is being experienced at any one particular point in the play. To the soul, there is no such thing as time or space so it can, if it so chooses, experience a set of roles, moving back and forth in time (but for practical purposes it probably does not).

It also means that it is likely that some roles will be experienced by a number of souls because that role has within it the ability to expand talent, face fears and/or rise in frequency. We are talking about roles such as Mother Theresa (for those learning to live in the heart), Mozart (for the musically gifted), Abraham Lincoln (for leaders of all levels), Leonardo di Vinci (for budding scientists), the Dalai Lama (for spiritual leaders) plus many, many other less notable but extremely worthy roles. When lived fully, these soul/role combinations are like star trails for the rest of us to follow. 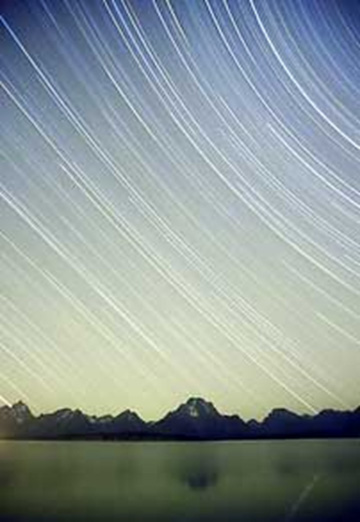 How well a role is experienced varies widely depending on the experience of the soul. Each role has a wide range of possibilities so that the experiencing soul can take it to higher and higher frequencies. However, if a soul is not prepared for a particular role, the overall experience may be negative and require the soul to experience several additional lives to clear and recoup. Viewing life in this way has really awakened me to the fact that we truly are, each, a product of both our experiences and our Experiencers. Since the 1930’s attempts have been made to see and interpret broken lives in a similar way, but without the understanding of how much the soul brings into the equation. It is not always easy to see it accurately.

The Souls and Roles

DEFINITIONS: (for the chart above):

LIVES ON EARTH: Every new play that is experienced has its own set of rules, so, many higher level Souls new to this continuum experience 1 to 2 fairly ordinary lives (the first of which may be very short) just to become more familiar with the territory.

CLEARING: The percentage of negative energies which have been cleared:

LEVEL OF INTENTION: The highest frequency that you can understand to any degree and accept as a goal. In the example above, the role requirements may ask for a soul that is capable of successfully partnering and mentoring a Crystal Role of 10,001.

CATEGORY: Homo, or mankind, is capable of living between the frequencies of 1 to 25,000 on the Map of Consciousness

Besides the term “Angel”, another way of describing the individual soul with this level of Soul Talent (portions of which are shown above and below) is: Level 5 Bodhisattva.

The Level of Consciousness of the soul has been added to show that you are more than the body/mind. The soul level is always higher than what you have to work with on this material plain and it is important for you to know what kind of emotional support you have behind the scenes. The soul is what has been called the Guardian Angel, and what is sometimes called the Watcher. The ability to communicate with the Soul is one of the goals for body/minds with levels of Consciousness over 12,000.

The talent chart below is an example of the work that can be done by someone experienced in using applied Kinesiology (muscle testing).

A Major talent is one whose frequency is in the trillions (1 = 1 trillion). The average person on Earth has a total talent level of approximately 5-12. The highest talent level currently experiencing Earth is 220 (its role is still very young at this point). Other examples: the talent level required to experience the role of Stephen Hawking PhD is 160, Hillary Clinton is 150, and Leonard Jacobson is 180 (Jesus Christ was approximately 250).

At this time, most body/mind/souls that have been charted (most still on their second life here) have a large gap between the total number of soul talents and the body/mind/soul talents. The reason is that this existence is just opening up to souls of this caliber, although there have been many higher level individual souls to guide us over the millennia (such as Buddha, Cleopatra, Jesus, Charlemagne, Leonardo Di Vinci, Mozart, Abraham Lincoln, Frank Lloyd Wright, etc).

Note: Please keep in mind that within each dimension there is only one Soul experiencing a Role (although some Roles may be experienced by many Souls). This is so that there is no competition between Souls within a dimension and provides the best background for both the chosen Role and the Soul.

The Current Talent column shows those talents which the body/mind/soul has been able to use, as of the time that this chart was calibrated. The most important of these talents is the first talent row: The Ability to OPEN to whatever comes from Consciousness. It is like a key, which opens the door to your talents. You may not know where the best talents of the soul are, or which talents are needed for the life ahead of you, but you can be sure that Consciousness does and will eventually provide the means to grow and develop in those areas that are available to this body/mind/soul combination.

This talent chart was developed for a specific reason (to evaluate spiritual teachers and healers) and currently has only 42 talent categories. Any suggestions for new talent types would be welcome. Those talents which are fairly common to the talent pool may be added to the chart.

An individual role may be oriented specifically towards thinking or towards feeling. The soul also brings in its own orientation, but it is the combination, over the life of the role that counts. There are times when a particular life is experienced just so that a change in orientation can be made to the soul, prior to taking on a role which requires a different orientation. In the long run, it is important to lean more towards the center (+2 Thinking to +2 Feeling).

There are always aspects of talent which reside in the body (e.g. for a vocalist, the vocal chords) and other aspects of talent resident in the soul (an acquired musicianship over many lives) as well as the learned talents acquired during the life of the Role.

A block of 1 to your talents indicates that the block is a temporary block for your protection as you grow up. A low level block has a tendency to “leak” at times, giving you or observant parents and teachers a chance to see possible talent areas. These leaks also help as you struggle to build these talents. If there is a need for a higher level of that talent to be used later on, it may be reversed by prayer. However, a block of 2 means that the soul level of this talent could do this life experience more harm than good, and that the talent is not meant to be used this life.

For those talents that are newly unblocked, you will still have a learning curve. However, the amount of effort required to learn something that is unblocked, is much less. It will seem as if you are a “natural” in that area.

When a level 2 block to a talent is lifted for someone, it is considered a shock to their system by their body, a spiritual “trauma”. It sometimes manifests physically. There are times when a healer can help you, and times when it is between you and Consciousness.

Another spiritual trauma is experienced when you make a major spiritual choice which is not in line with the original spiritual goal of the Soul experiencing that role (these are called “choice points” and are more common with Homo-Spiritus). Spiritual traumas can lead to an even greater sense of separation felt by the body/mind. The sense of separation often leads to a lifetime of spiritual seeking which may or may not contribute to the Soul’s overall development. If it is unlikely that there will be any further development in this life for the Soul then it is up to the Soul as to whether to continue with the life of that particular Role hoping for other types of development.

For those souls who are experiencing this universe for the first time, there is frequently a very strong fear (or anger). This anger/fear leaks through from the Soul and may make it very hard to make decisions in a timely manner. Do not punish yourself over the presence of that fear (anger). It is natural for most souls who have not experienced materiality for a while. There will be less and less fear during the Soul’s second and third lives.